1968 Isn’t The Only Parallel For This Political Moment

When protests kicked off throughout the nation a week and a half ago, commentators turned to history to make sense of events. One year dominated the conversation: 1968. Racial tensions, clashes between police and protesters, a general sense of chaos — 1968 and 2020 seemed to have a lot in common. Observers wrote about how Trump’s use of “law and order” rhetoric echoed Richard Nixon and George Wallace in 1968. The comparison makes broader sense, too: 1968 was a destabilizing year in American politics, marked by Civil Rights protests, uprisings born out of racist oppression, assassinations, violence at the Democratic National Convention in Chicago (classified later as a “police riot”) and protests against the Vietnam War. Racial tensions and inequality were at the center of the instability that year, with the assassination of Martin Luther King, Jr. sparking uprisings in cities across the country.

[Related: How Much Can History Teach Us About These Protests?]

But 1968 isn’t the only chapter in American history that’s relevant to the current crisis. America has a long history of racial injustice, which makes it difficult to isolate any one precedent for the current environment. History has a way of building on itself; the injustices of one generation are passed on to the next, even as incremental progress is made. This is why I want to share with you three other episodes that also help contextualize the moment we’re in now. They, like 1968 and the broader Civil Rights movement, highlight the depths of violence and injustice that black Americans have faced, and explain why everyday political processes have failed to bring about lasting systemic change.

The early 1990s saw two connected developments that still shape the dynamics of policing in the U.S. First, in 1991, before there were cell phones everywhere, a witness in Los Angeles caught police officers beating Rodney King on a hand-held camcorder, and the video caught the nation’s attention. The four officers charged in the incident were acquitted, which sparked further national outrage, and some Los Angeles residents took to the streets, turning to violence and destruction of property. In total, the demonstrations lasted for five days.

The Rodney King episode is different in important ways from the protests happening now over George Floyd’s death, but there are still some similarities. Namely, it was a high-profile incident of police brutality that underscored just how differently police treat black Americans from white Americans. Additionally, a bystander’s video recording of the officers beating King brought the incident to national audiences, heightening a broad sense of injustice when the verdict was announced.

The fallout after the King verdict is worth considering in this moment. For one, some research shows that the event triggered lower public trust in the police in Los Angeles, especially among African Americans.

The role of the federal government is instructive here as well. In 1992, California Gov. Pete Wilson requested military assistance under the Insurrection Act of 1807, which Trump has suggested he might also invoke now. But LA’s ordeal also prompted federal change — Congress passed legislation allowing the Department of Justice to order reforms of police departments found to have engaged in misconduct. That ability has allowed the federal government to investigate police departments and root out poor practices. This oversight, however, has not been enough to prevent police killings, as we saw again with Floyd.

This provision was also part of a larger piece of anti-crime legislation — the now somewhat-infamous 1994 crime bill that helped create the mass incarceration crisis and forced recent Democratic presidential candidates Hillary Clinton and Joe Biden to confront their past stances on crime. The crime bill arguably helped to create some of the challenges today’s protesters are responding to. As sociologist Philip McHarris explained in The Washington Post, the bill “flooded black communities with police, helped states to build prisons and established harsher sentencing policies.” These policies not only helped to create the conditions for further police violence, but by expanding policing and incarceration in the U.S., they also helped to diminish the political power of many black communities through disenfranchisement and disengagement.

The point is that while focusing national attention on police brutality brought about needed change in some respects, reforms fall short when the system charged with implementing that change has racist origins.

After the American Civil War ended slavery in 1865, there was no road map for what Southern society would look like, but white Americans quickly adoped two major changes that harmed formerly enslaved people. First, Southern states passed laws restricting black citizens’ freedoms and essentially preserving the abuses of slavery. Second, violence against freed people living in those areas changed form but very much continued, and included the destruction of homes and churches, and sexual violence.

Particularly relevant to the current moment: Then-President Andrew Johnson allowed all this to happen. He failed to extend federal protection to the victims of the violence that Southern whites were engaging in, and, through his liberal use of pardons and lax loyalty requirements, he even allowed former Confederate leaders to find important roles in new state governments. These individuals, once in power, enacted oppressive measures. As historian Annette Gordon-Reed describes in her biography of Johnson, simple things like hunting and fishing became criminal activities for many black Americans, meaning they were increasingly dependent on their employers for their livelihoods.

Johnson’s decision to allow both state and non-state violence against southern blacks deeply shaped American racial politics. The laws states adopted in this period ultimately created the status quo that the civils rights movement of the 1960s pushed back against.

[Related: Trump’s Use Of Tear Gas To Break Up A Protest Undermined Three Core Values Of American Democracy]

But this historical period is also a pivotal one in understanding race relations in America today as it highlights the lasting repercussions of morally bankrupts presidential judgment. As my colleague Perry Bacon and I wrote a few days ago, the events of the last few days — and years — suggest that Trump is not interested in using federal power to help those protesting racial injustice, and is, at best, indifferent to those goals. Experts have compared Johnson to Trump for years. History shows us that when federal leaders ignore racial injustice and violence — and certainly when they embody and enshrine it — that injustice and violence continues unabated, even if its form changes.

The power structure created after the Civil War led to a lynching crisis in the South (and elsewhere in the U.S.). Thousands of lives were lost in this brutal and inhumane system of vigilante justice — journalist Ida B. Wells, for instance, wrote extensively to document the violence of lynching and to spread awareness nationwide about what was happening.

But it is also in this dark chapter of American history that black American activists entered a new phase in organizing against systemic racism, using a variety of approaches. As political scientist Megan Ming Francis has written, this period gave birth to civil rights organizations like the NAACP, which pushed to change policy through Congress, the White House and the courts.

Those efforts made a real difference. Francis emphasizes the way in which black Americans organized and achieved these changes despite their exclusion from much of the political process and lack of traditional political power. These groups increased public awareness, improved legal standards and persuaded presidents to publicly denounce lynching.

[Related: What Protests Can (And Can’t) Do]

The struggles of this movement, however, also illustrate how slow and frustrating it can be to work through official government channels. For instance, at the urging of these early civil rights activists, the House of Representatives passed an anti-lynching bill. But the bill died in the Senate after a filibuster, and no federal anti-lynching law was ever passed. (The latest anti-lynching bill was held up in the Senate as recently as June 4, 2020.) The American political system makes change difficult. In both Congress and the White House, Southern votes exerted a great deal of influence, and the opponents of an anti-lynching bill had both political power and the power of the status quo.

Every moment in history is distinct, and there are no perfect parallels for what’s happening in 2020. However, looking at other points in both the distant and recent past helps us see how deeply racial injustice is ingrained in the American system. The 1968 comparison can be helpful, but it also tempts us to frame the situation in terms of tranquility and unrest. But “tranquility” has been defined by those in power — almost always whites. Looking at other events helps answer some deeper questions about why people have taken to the streets to demand change and why protesters may be able to accomplish more faster by disrupting “normal” life. Because the system itself is part of the problem, politics, again and again, has set up the rules to make it difficult to pursue accountability and justice within the system. 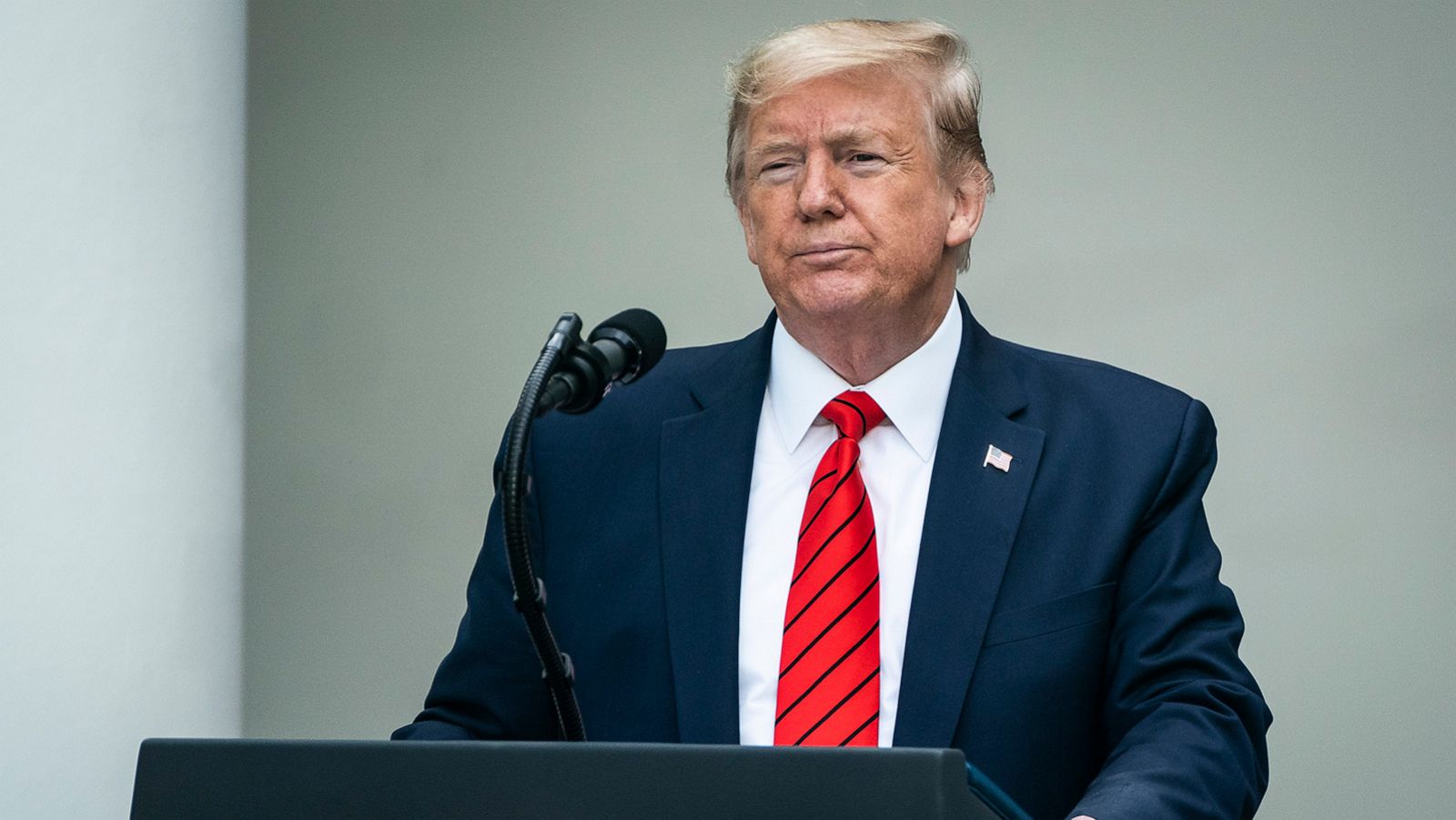