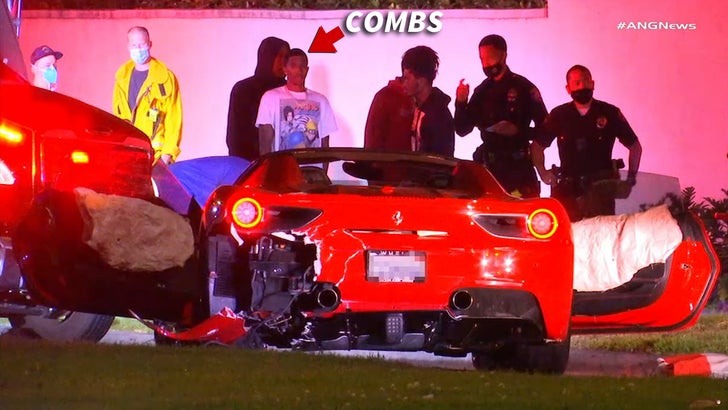 — King just broke his silence on the scary incident and says he saw his life flash before his eyes.

Diddy’s son says he was fortunate to walk away with only a couple scars and says he’s already back to work in the studio.

Diddy’s son, King Combs, got smoked in his Ferrari by a Tesla, and though both drivers were okay, the guy in the Tesla got taken away in cuffs.

King was involved in a car accident a little after midnight in Bev Hills, when cops say a man in a Tesla speeding down Sunset Blvd. lost control and smashed into King’s red Ferrari.

We’re told Diddy’s son suffered injuries, but was treated at the scene and didn’t need to be taken to the hospital. He’s super lucky, because both cars were totaled.

Law enforcement sources tell us the Tesla driver — who can be seen taking a field sobriety test in the video — was arrested for DUI.

King is the 22-year-old son of Diddy and Kim Porter, who died tragically in November 2018.