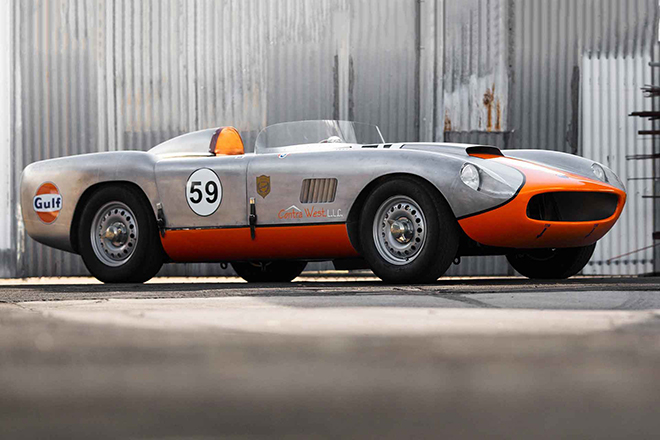 Accompanied by a thorough history file containing letters, dyno test sheets, a copy of race results, a copy of the racing logbook, and photographs, RM Sotheby’s presented a unique post-war racing car conceived by esteemed engineer John Tojeiro, in its Open Roads, North America Auction, earlier this year. The event which took place from 23rd to 30th July 2020, celebrated an exemplary era in the automobile industry, where an auto enthusiast’s passion and drive were not determined by what they could buy from an established manufacturer, but rather what they could create with their own two hands. Born in Portugal, John Tojeiro, began his career, acquiring skills as he served as an engineer in the Fleet Air Arm during WW2. Motivated by his newfound knowledge, Tojeiro quickly branched out into developing his own cars and chassis. Improving purely based on trial and error, the designer eventually clenched success in his own right, through signing an agreement to use one of his designs for the underpinnings of the AC Ace. Regarded a poster-car of the time, the Tojeiro California Spyder, inspired by both the Ferrari 250 California spider and Ecurie Ecosse’s Le Mans-competing Jaguars, features a tube-frame chassis, coil springs, concentric tubular shock absorbers, and a De Dion read-end. Despite having been conceptualised in 1959, it wasn’t until much later that the car ever saw light of day, as innumerable pressing projects diverted the attention of its creator. 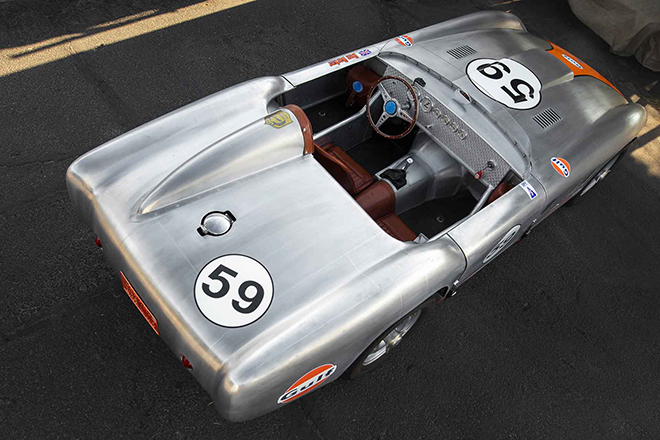 While John Tojeiro never completed the project himself, the car’s eventual constructed was entrusted into the hands of American auto-archaeologist, John Muller, who had noticed the chassis hanging in the rafters of the shop—and knew he had to have it. Upon purchase, the Tojeiro California Spyder was swiftly shipped to Muller’s hometown in Kansas City, Missouri, where the auto-archaeologist incorporated a 302-cubic-inch GMC inline six-cylinder engine and a Muncie “rock crusher” four-speed manual transmission, into the car’s preserved, original components and the original chassis – which resulted in the 300-plus horsepower, 325-foot-pound monster we admire today.

The post The Tojeiro California Spyder Is John Tojeiro’s One and Only Front-Engine Race Car To Ever Exist appeared first on LUXUO.